It is with great sadness to announce the passing of Rowland "Rollie" Smith. Rowland Smith was a life member of Liberty Fire Company #2 with over 20 years of service. His passing will be felt by the members of the Bangor Fire Department & the community he had served.


He was the husband of the late Margaret K. (Kee) Smith who passed away in 2008. Rowland was a 1944 graduate of Bangor High School where he played on the football team. He was employed as a controller for Met-Ed in Forks Twp., PA until retiring in 1988. He served in the U.S. Navy during WW II where he was a part of the Invasion of Normandy and the first wave on Omaha Beach on the USS LST-310. He enjoyed golfing, playing cards, playing quoits for the Liberty Fire Co. team, swimming, and diving, and was an avid sports fan.


Rowland is survived by a daughter, Cheryl Melnick, wife of Mark, a nephew D. James Wills, husband of Judy, three nieces Janeen Malavolta, Janet Kindt, and Dorothy Jean Euker, wife of Charles, and many great-nieces and nephews. He was preceded in death by a brother Carlton Smith and a grandson Michael Eric Zeigler.


Graveside Services will be held on Wednesday, December 23, 2020, at 11 AM at St. John's Cemetery, Bangor, PA. Arrangements have been entrusted to the Gaffney Parsons Funeral Home & Cremation Services, Inc., "Village of Johnsonville" Bangor, PA. Online condolences may be offered at gaffneyparsons.com. 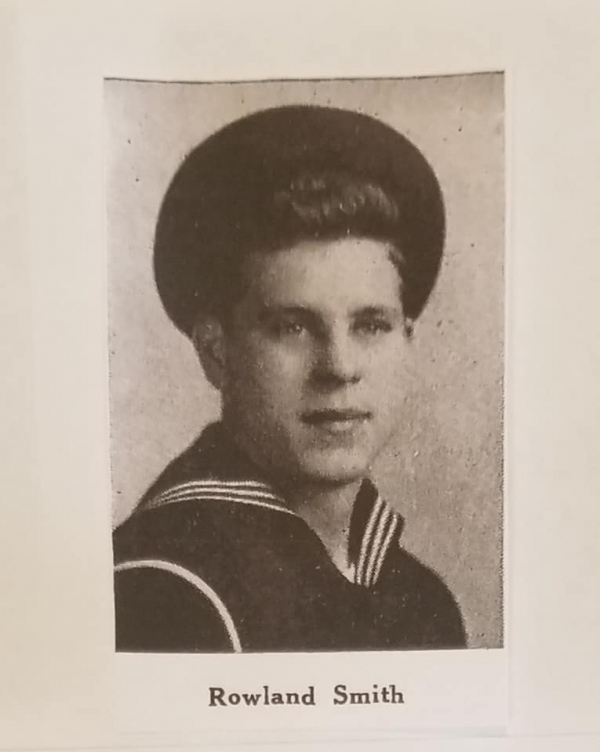 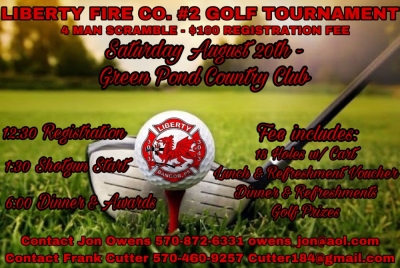 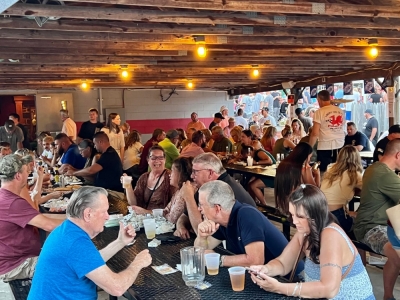 Liberty Fire Co #2 would like to thank all those Members of the Public who came and supported us during this year's Carnival. Over a 100 year tradition, even with the rain on Saturday, this was our best year ever.The donations made are all for Fire Protection equipment for the company providing ...
➜
Fire School Drill June 13th 2022

This past Monday the member of Liberty Fire Company #2 went to Northampton County Fire School to practice drafting out of a Porta Pond & setup of our ground mount Deck Gun. The members also practiced different ways to handle & setup a 3" pre-connected line.
➜
LFC - Mourns the Loss of Honorary Firefighter Tommy Stackhouse 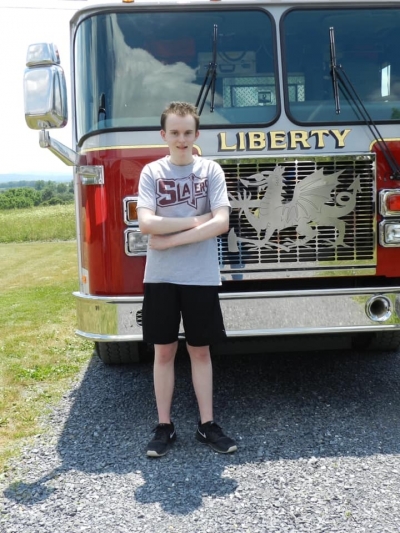 It is with a heavy heart that we announce the passing Honorary Firefighter Tommy Stackhouse. Tommy passed away on Thursday May 26th, 2022, from years of battling cancer. Tommy was made an honorary firefighter in 2020 by the members of Liberty Fire Company.
➜
Fire School Drill May 2nd 2022

On Monday May 2nd, 2022, the members of Liberty Fire Co #2 went to the Northampton County Fire School. The members practiced laddering a roof & entering a second floor window. The members then made their way up to the third floor, where they entered the maze.
➜
Drill April 25th 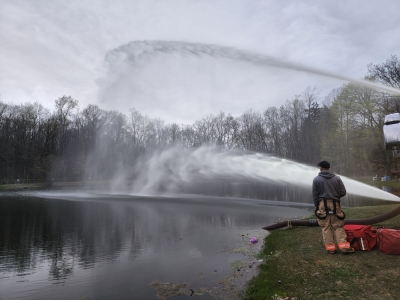 Monday night drill on April 25th, we planned on practicing "drafting" from a water source at the Roseto Rod & Gun Club located on Shooktown Road. Along side of us were Columbia and North Bangor Fire Companies.
➜
Membership Appreciation Day
~~~MEMBERSHIP APPRECIATION DAY~~~Anyone who would like to renew their Social Membership for 2022 may do so anytime from Nov. 24th on. For anyone who is not a member, we welcome you to join. We're always accepting applications for new Social Memberships.
➜
Liberty Fire Company #2 - Mourns the Loss of Daniel Cotturo 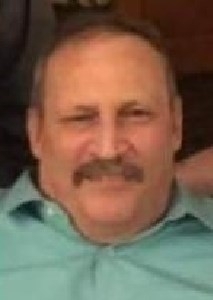 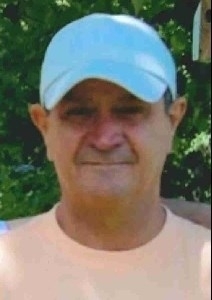 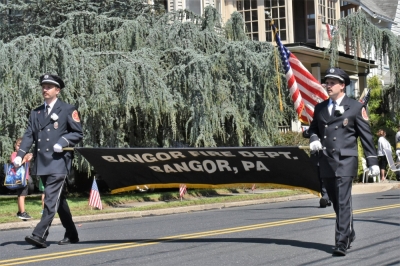 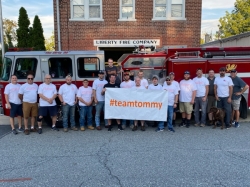 Liberty Fire Company #2 has been supporting Tommy Stackhouse with his battle with Cancer for over a year. This past Monday Tommy was able to stop by the fire house to see all the members and get his picture taken, before he heads back down to Philadelphia for more treatment.
➜
ALS Challenge
Liberty Fire Company #2 has a friendly challenge in memory of Stevie Diorio to End ALS. Passing it on to Columbia Fire Co.Video LinkJohn Mike Diorio, Dave Ownes, Ernie Hase, Jordan Borger, Drew Hallet, Jon Owens, Matt Owens, Matt Pinto, Colby Constable, Frank Cutter, Nick, Falcone & Andrew Cons...
➜
Carnival 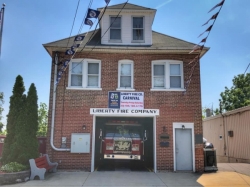 Liberty Fire Company #2’s carnival has been a staple in the Slate Belt for over 90 years. The carnival has evolved over the decades from just a few simple stands to what is has become today.The carnival like the rest of the world has seen its share of hardships, such as the great depression, W...
➜
Monroe County Fire School June 5, 2021

On Saturday June 5th, 2021, Liberty Fire Company #2 held a hands-on training at Monroe County Fire School. The members began their morning with a simulating living room fire behind a locked door. The firefighters had to forcibly open a simulated door, enter the room & extinguish the fire.
➜
Carnival 2021 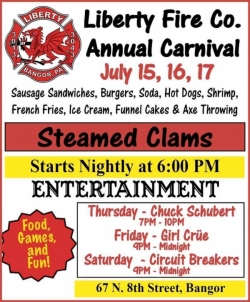 Liberty Fire Company #2’s Carnival is ON!! Please join us for the Sausage sandwiches, Ice Cream, Funnel Cake & the best Clams in the Slate Belt. This year’s carnival will be held on July 15, 16 & 17.
➜
The Dirty 30's "Smoke Eater" Coffee - Now Available !! 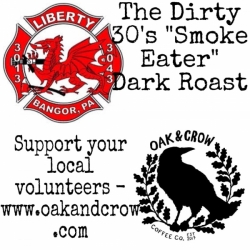 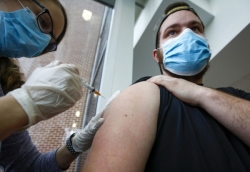 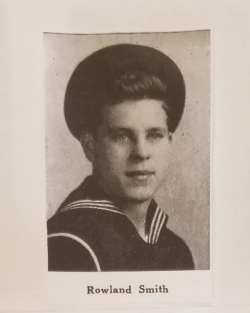 It is with great sadness to announce the passing of Rowland "Rollie" Smith. Rowland Smith was a life member of Liberty Fire Company #2 with over 20 years of service. His passing will be felt by the members of the Bangor Fire Department & the community he had served.
➜
Santa Parade 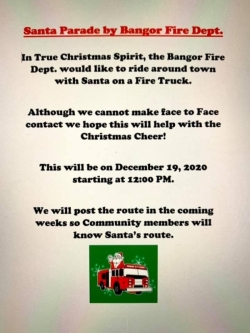 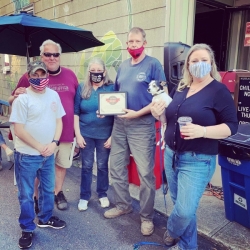 This site has been viewed 234,028 times.
Calls
News
Events
Pictures
Apparatus
Maintained by the members and staff of Liberty Fire Company #2. Designated trademarks and brands are the property of their respective owners. Copyright © 2006-2022. YourFirstDue Inc. All Rights Reserved. Content on this web site is supplied by Liberty Fire Company #2. YourFirstDue Inc. cannot be held responsible or liable for any content, text, pictures, or any other media found on this web site.
Management login
Powered by